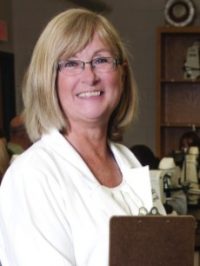 Over the past few weeks, there has been discussion about an article that appeared in the Baltimore Sun, which reported on Lyme disease research. The study, one of several undertaken by researchers at Johns Hopkins University, focuses on identifying both FDA approved drugs and also plant extracts that have potential as antimicrobials against the bacteria that cause Lyme disease, Borrelia burgdorferi.

In 2018, I served on the Department of Health and Human Services (HHS) Tick Borne Disease Working Group, which was convened as a Federal Advisory Body, and comprised federal and public members with “diverse disciplines and views pertaining to tick-borne diseases.” Working Group members were tasked with conducting a review of ongoing research and resulting advances, federal epidemiological and research efforts, and identifying research gaps.

The HHS TBDWG report included recommendations that were delivered to Congress in December. It is a comprehensive review of the state of the science and medicine of tick-borne diseases, but Lyme disease was a major focus. You can learn more about the purpose of the Federal Working Group, and read the Subcommittee Reports and the full HHS TBDWG Report at the link below:

What follows is a brief overview of what we know, and what we don’t know, about chronic symptoms associated with Lyme disease.

There is a need to broaden the scope of the medical definition of “Lyme disease” because it is not a single clinical entity. Only one subgroup of patients, those with “early Lyme disease,” has been clinically characterized. This subgroup consists of people for whom an active infection with the bacterium Borrelia burgdorferi has been confirmed – based on either a known tick-bite with development of a skin rash called an erythema migrans (EM, which looks like a bulls-eye but has a clearing in the center of the rash), and/or positive blood test within one month of a known tick bite.

Standard treatment for this form of Lyme disease is a few weeks of an oral antibiotic. If symptoms persist, some patients may be treated with an additional one month of an IV antibiotic.

At least two other subgroups of this disease are recognized but have not yet been fully characterized and defined.

Although used very broadly to characterize Lyme disease patients with chronic disease symptoms, the term “Post Treatment Lyme Disease Syndrome,” or PTLDS, specifies ONLY a subgroup of Lyme disease patients meeting the following criteria: (1) Diagnosed early in the infection; (2) Treated with the standard antibiotic treatment for Lyme disease; and (3) Remained symptomatic or developed new symptoms such as headaches, fatigue, joint pain or other neurological symptoms impacting quality of life, that persist or increase in severity for at least 6 months post-treatment.

At present, there are no diagnostic tests for this clinical subgroup, and there are no recommended treatments beyond the standard treatment for this subgroup of patients.

The CDC has reported that approximately 10–20% of Lyme disease patients develop PTLDS. Meaning they end up with a chronic illness as a result of Lyme disease.

Disabling chronic disease symptoms with Lyme disease are also known to occur when people are not diagnosed early and do not receive prompt antibiotic treatment. These chronically ill patients do not meet the criteria for PTLDS and therefore represent a third subgroup of patients.

Because there has been little research done to investigate the clinical characteristics of this particular subgroup, there is no scientific way (at least at the moment) to determine the size of this group. Best estimates based on existing research indicates that this group comprises 30-40% of Lyme disease patients.

There are no recommended treatments for this subgroup of patients.

The diagnosis of Lyme disease is not straightforward, because the “accepted” medical definition of Lyme disease (at present) is restrictive and applies only to early stages of infection. Not every infected person experiences symptoms within the first few days or weeks. After several weeks, the clinical picture of Lyme disease changes.

Lyme disease is more likely to be MISSED as a diagnosis the longer the infection has been present. The more established the infection, the less likely that it will respond to the standard antibiotic treatment.

Here are some reasons why a physician might not be able to promptly diagnose a case of Lyme disease and antibiotic treatment is delayed: (1) a classic bulls-eye rash is not observed – this applies to 90% of Lyme disease cases; (2) there was no bulls-eye rash to observe – which applies to ALL patients who are bitten by an adult-stage (rather than nymph-stage) tick; (3) an antibody-based laboratory test came back falsely negative – which applies to 50% of all Lyme disease cases; (4) in the absence of a rash or positive blood test, non-specific disease symptoms overlapping those of autoimmune or psychiatric conditions exclude Lyme disease from the differential diagnosis; (5) involvement of more than one microbe clouded the clinical features of the disease; (6) the patient’s tick bite was treated with a prophylactic single dose of an antibiotic, which does not prevent infection but does increase the likelihood of falsely negative blood tests.

10-20% of Lyme disease patients who are promptly diagnosed and treated with an antibiotic within the first few weeks of infection, still end up with chronic disease. This is PTLDS.

30-40% of Lyme disease patients who have been infected for weeks to months before getting diagnosed, and THEN treated with an antibiotic, still end up with a chronic disease. This subgroup has no specific label but it has been referred to as “chronic Lyme disease,” or CLD.

Combining these two subgroups implies that up to 60% of people with Lyme disease will experience chronic illness as a result of this tick-borne disease.

The CDC estimates that there are over 400,000 new cases of Lyme disease that occur each year. 60% of those new cases will develop chronic disease symptoms. You can do the math to figure out how many people have a chronic illness attributable to Lyme disease. Because the disease is chronic, the numbers grow exponentially each year.

Whether PTLDS and CLD patient subgroups even have Lyme disease remains contested. The disputed nature of this illness has very little to do with whether a person is actually sick. It has everything to do with the lack of a clinically accurate diagnostic test for the Lyme disease bacteria.

The current lab tests have repeatedly been shown to have a clinical accuracy of less than 50%. Meaning a person is equally likely to have Lyme disease, whether their blood test is positive or negative.

Regardless, a negative blood test result is used by health care providers and insurance companies to deny patients access to care. Meaning they will argue that Lyme disease patients should not be offered antibiotics as a treatment option, because if the blood test is negative, there’s “no evidence” that they actually have Lyme disease.

Because this lab test has such a high rate of false negatives, the opposing argument is equally true – there’s “no evidence” that they DON’T have Lyme disease, either.

The most comprehensive review of the science to date supports the hypothesis that chronic symptoms are most likely due to the lingering presence of bacteria or pieces of the bacteria in tissues. The immune system is aware of the infection, but is unable to clear it. The result is chronic inflammation…

… implying that antibiotics would be a helpful treatment for a chronic Lyme disease patient.

The twist is that the Lyme disease bacteria are remarkable microbes that can disrupt a normal immune response and establish long-term colonies in tissues. Once established, the bacteria are indifferent to antibiotics and are antibiotic tolerant…

… implying that antibiotics would not be a helpful treatment for a chronic Lyme disease patient.

In the absence of a blood test that can accurately identify patients in the different Lyme disease subgroups, this argument will not be resolved soon. That Lyme disease patients with chronic symptoms are left entirely out of this argument is a violation of the basic tenets of medical ethics – patient autonomy and the right to informed consent.

While this medical argument ensues with no end in sight, Lyme disease patients with debilitating and often disabling chronic symptoms have few medical options available to them. Plants have been used safely and effectively for medicinal relief for thousands of years. In my opinion only (HHS did not examine this issue and I am not representing HHS with my opinion) why shouldn’t people who are not being helped otherwise try evidence-based plant therapies to try to help themselves?

In addition to serving on the Testing and Diagnostics Subcommittee of the HHS TBDWG, Holly Ahern serves on the NYS Tick Borne Disease Working Group convened by Governor Cuomo and is a member of the NYS Senate Task Force on TBD Advisory Group. Ahern is also a professor of microbiology, and the co-founder of the 501-c-3 education and advocacy organization Lyme Action Network (www.lymeactionnetwork.org). She also serves as the Scientific Advisor for Focus on Lyme (www.focusonlyme.org) advising research on diagnostic tests for tick-borne diseases, which includes collaborators from the Translational Genomics Institute, Arizona State University, Johns Hopkins University, Tulane University, Duke University, and North Carolina State University.