Scientific understanding of Lyme disease is a work in progress. It is likely, based upon research described in a series of recent publications, that Borrelia burgdorferi is not the only species of spirochete that may be causing illness, so the term “Lyme complex” is used to indicate the possible implication of other Borrelia pathogens in illness. 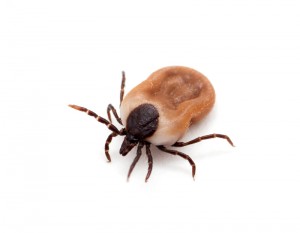 1. Lyme disease is the #1 vector borne disease and the #2 infectious disease (behind #1-Chlamydia) in the US and is a problem worldwide. It has reached epidemic proportions in many areas in the US, including the northeast US.

2. Borrelia burgdorferi (Bb), the bacteria that causes Lyme disease, is the most complex bacterium known to science. The Borrelia is a corkscrew-shaped spirochete that can “drill” into tissue, allowing it to infect any area of the body.  The Borrelia organism has been shown to have the capacity to change form under certain conditions.  It can be a spriochete; it can coat itself with a protein and become a “cyst-form” to evade antibiotics; it can alter its cell wall or hide in a biofilm, becoming “invisible” to antibiotics. It has recently been discovered that the Borrelia can form “persister” cells, which live beyond antibiotic treatment.  It follows that Lyme disease is a very complex illness, not always easy to diagnose nor treat.

3. Lyme disease can be very difficult to diagnose because the most common diagnostic tests are inaccurate approximately 50% of the time, especially early or late in the disease process. Doctors need to learn about the disease symptoms and diagnose clinically because these older diagnostic tests are so unreliable. One new test, the Ceres Nanotrap Urine Antigen Test, developed by Ceres Nanosciences, is more accurate than the standard ELISA or Western Blot tests, and is now commercially available.  Another very promising test, the LymeSeq test is being developed by the Translational Genomics Research Institute (TGen). This diagnostic test is now in Phase 2 trials. 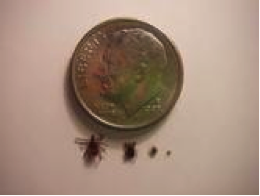 Ticks can be very small so check thoroughly after you walk through the woods or tall grass, or rake leaves in the fall.

5. Diagnosis and treatment can be more difficult for a patient infected with co-infections and/or secondary infections. Other strains of Borrelia, such as Borrelia miyamotoi, can co-infect with Borrelia burgdorferi. Other co-infection pathogens Include Babesia, Bartonella, Anaplasma, Ehrilichia, Rickettsia, Powhassan virus, Bourbon virus, Heartland virus, and others. Secondary infections, such as viral infections, are often the result of severely compromised immune systems caused by the original infection.

7. Contracting tick-borne disease: Most likely mode of transmission is from the bite of infected ticks.  Others may include bites from infected insects or arachnids; across the placenta from an infected (possibly undiagnosed) mother to fetus; and possible human sexual transmission. 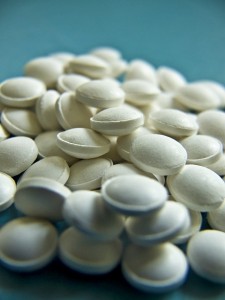 8. According to the International Lyme and Associated Diseases Society (ILADS), initial antibiotic treatment for NEW infections should be at least 21 to 28 days, not 2 days, not 14 days.  Short term treatment (less than 21 – 28 days) or too-low dosage may increase chances for a return of symptoms that may be much harder to treat later. NOTE:  There is NO peer-reviewed research to support the common habit of many physicians of offering a patient a single dose of doycycline following a tick bite. Thousands of chronically ill Lyme patients report having had this “treatment” first.

9. There is no “minimum” length of time a tick needs to be attached to transmit disease.  Some diseases transmit immediately.

10. If you have or had a “bulls-eye” rash anywhere, or any rash at the site of the bite you most likely HAVE the disease and immediate and thorough (21-28 days) treatment is justified. You do not need to test positive on any blood tests to justify treatment. According to the CDC, the presence of a bulls-eye rash is confirmation of infection.

11. You MAY have the disease even if your Western Blot or ELISA blood tests return negative results. This is because these tests look for antibodies to the bacteria, not the bacteria itself, antibodies which the body may not have produced in discernible quantity.

12. You MAY have the disease even if you never saw a rash or a tick. The ticks can be tiny, and you do not feel their bite. Only 30% of confirmed Lyme disease patients recall being bitten by a tick. 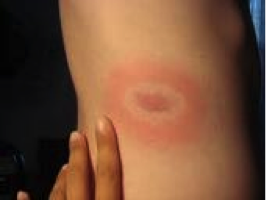 If you have a “bulls-eye” rash anywhere, or any rash at the site of the bite you most likely have the disease.

13. A rash does not always occur with Lyme disease, or it can appear for several hours and then disappear, or appear years later, or it can be missed due to the location of the rash on the body.  A rash can take a bull’s eye or other appearance and can be more difficult to see on darker skin.  Symptoms are as unpredictable as rashes, can seem like many other ailments, and may occur days or even months after a tick bite. Not seeing a rash does not mean absence of tick borne disease.

14. Lyme and associated tick-borne diseases can lead to neurologic, cardiac, psychiatric, and/or arthritic symptoms in humans; can affect any of the body’s systems and/or organs; and can lead to death.  Chronic Lyme disease can result if the illness is not treated early or completely, or for other reasons; over time immune system breakdown can render a patient severely ill and more difficult to cure.  It is estimated from 20% – 30% (or more) of those infected with Lyme may develop chronic disease.  Early diagnosis and thorough treatment are critical. 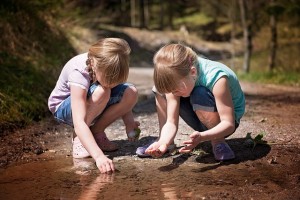 Children are at the highest risk of acquiring Lyme disease.

15. Children are at the highest risk of acquiring Lyme disease.  Studies show significant IQ drops in students with Lyme, but IQ’s do go back up after treatment. Children with Lyme disease are also susceptible to developing other conditions, most notably POTS  (Postural Orthostatic Tachycardia Syndrome), POTS is a form of orthostatic intolerance that is associated with the presence of excessive tachycardia and many other symptoms upon standing. Learn more here.

16. Lab tests for Lyme disease are not reliable.  A person may test negative and still have the disease.  Patients report having problems getting diagnosed and are often late diagnosed.  In 1988, the NYSDOH sent a letter to every NYS physician to make them aware of Lyme disease and to inform them that blood tests miss 45% of infected patients, and that tertiary (advanced) Lyme may need prolonged treatment.  CDC reporting criteria,  which is much more restrictive, were developed for surveillance, not diagnosis.  Lyme disease requires a clinical diagnosis.  You can not rely on the ELISA nor the Western Blot blood tests to be accurate.

17. For proper care, it is essential that a “clinical” diagnosis be made:  the doctor must meet and talk to the individual in person, carefully evaluating the patient’s lifestyle, activities, animal contact, including cats and dogs, and evaluate all the symptoms, taking co-infections into consideration.

18. The International Lyme and Associated Diseases Society’s (ILADS) recommended treatment for early disease consists of antibiotics for a minimum of 21 – 28 days but  longer treatment may be necessary.  There has never been a definitive study proving the theory that a 28 day treatment cures Lyme disease and there is differing opinion about short term versus long term treatments. Research reported in 2015 from two peer reviewed studies indicates the presence of Borrelia after antibiotic treatment.  If symptoms return after short term treatment, it may indicate the bacteria have not been eliminated and the person could become much sicker and suffer from chronic Lyme disease.

Tuck your pants into your socks.

19. Prevention: Cover your skin.  Tuck your pants into your socks. Use 25% DEET.  Do thorough tick checks, and include tick checks for your pets. Throw your clothes into the drier for 5-15 minutes on hot to kill ticks.  Treat your clothes (not your skin) with permetherin. Use permetherin around the perimeter of your property. Do tick checks for adults, children, pets.  Be aware that pets can bring ticks into the house and if your pets sleep in bed with you, they can b e bringing ticks into your bed.

Symptoms vary from person to person, and are different depending upon the duration of the infection. Symptoms may come and go, or may persist.